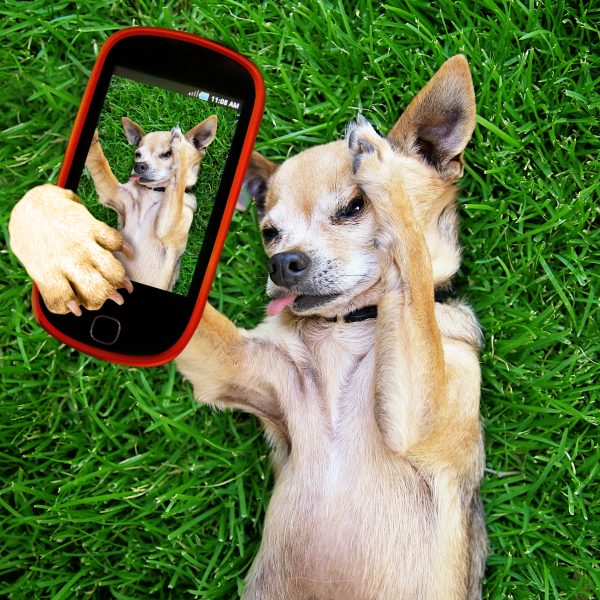 The bulldogs at @3bulldogges are definitely having fun–you can tell from their little doggie smiles. There are actually five of them now: Sumo, Ayuki, Tonka, Mochi, and Zuko. They take on many personas and even have their own Etsy shop!

They eat a lot of doughnuts and raid the fridge on the regular. They also have a taste for Frappuccinos. When they’re being extra decadent, you can catch them bathing in Lucky Charms marshmallows.

If you like bulldogs but puppies are more your style, check out @theworldofbullies. This family has their hands full with (at least) three bulldog puppies who could not be cuter. There’s something irresistibly cute about bulldogs planting their little bodies in human-like positions. Catch them floating in a pool, nursing, raiding the fridge, or just floppin’ around.

If you love Dachshunds and Weimaraners, check out @harlowandsage. This family has five pups, named Harlow, Indiana, Reese, Ezra, and Mae. Sage sadly passed away in 2013. You can catch them snuggling, playing, and posing.

You can even catch a sneak peek at what they look like watching a scary movie. The Dachshunds are the ones you will normally see in costume, but the whole family participates!

@Marniethedog was an 18-year-old Shih Tzu whose owner adopted her from a shelter at age 11. Her signature look–her only look–was to smile with her tongue out and her head tilted to the left, and she was so cute it was almost unbearable.

Still at the age of 18 and after gaining global popularity, Marnie passed away in 2020. The Instagram account is still up, so you can still enjoy her antics in memorium and catch her drinking from a glass of water, eating sushi with a friend, or pigging out on Super Bowl Sunday.

Although foxes are not quite considered dogs, someone on Instagram has one as a pet. The account has almost three million followers. So if you ever wondered what the life of a domesticated fox is like, you now have the opportunity to find out.

Juniper the fox (@juniperfoxx) works on the computer and loves to roll around in the grass outside. She has the cutest smile with a little snaggletooth that sticks out. Plus, you can see her antics and her adventures with friends on the account.

One of the adorably fluffy stars of the account called @buddyboowaggytails actually modeled jewelry in the magazine Harper’s Bazaar. The three fluffy pups, named Buddy, Boo, and Blue, are members of three different breeds. All of them have a similar light tawny coloring.

They can be seen dressed up in cute outfits, playing with a toddler, chowing down side by side, or just living their lives day-to-day. You can even catch them on the tennis court! They are so cute, you’ll want to dive through the screen and snuggle with them. Plus, you can enjoy their adventures with their new family members, Benny, Baby Girl, and Bean.

Probably the most famous Pug on the internet, Doug the Pug (@itsDougthePug) routinely hangs out with Hollywood stars like Justin Beiber and John Legend. He also appeared in a Fall Out Boy music video alongside Demi Lovato.

Doug was even a feature in TIME magazine. This pug from Nashville has certainly reached star status and continues to reside in Nashville.

Tuna the Chiweenie (a mix of a Chihuahua and a Dachshund) was one of the first dogs to reach internet fame. His charming overbite and cute outfits have amassed him over 2 million followers. You can follow @tunameltsmyheart and enjoy his shenanigans.

Corgis seem to be a universally loved dog online. Pavlov is a Pembroke Welsh Corgi based in California and has totally mastered the Instagram life.

Quite the photogenic pup, @pavlovthecorgi has contemplative photos, goofy photos, and loves his unicorn pool floatie. He also shares adventures with his brother Maslow, a very fluffy Keeshond. This account will bring you plenty of smiles and laughs.

Maya, a Samoyed, is the definition of a fluffy pup. With 1.9 million followers on Instagram, @mayapolarbear loves water fountains and sneaking human snacks. She’s a pro at balancing treats on her head and loves her little brother, Michi, a German spitz rescue.

This pair of Aussies are poster childs of the breed. Active and adventurous, these brothers live out their best lives in the hills of North Carolina. Their photos are always a bright spot and you can follow them at @coop_and_capo.

@Mayathedox has a lovely Instagram presence. This delightful mini Dachshund is often seen with her crew, among flowers, or even on rooftops with friends. She is truly a wonderful dog to grace your Instagram feed.

Pomeranians are tiny balls of enthusiasm and energy and Chewie is no exception! This cute pup loves to high-five any new friend he makes. He also can wear a Hawaiian shirt like none other. Following Chewie means getting to see his impressive collection of tiny shirts and course, an adorable model. Follow Chewie at @hi_im_chewie

Bowties are cool and Jackson the Dalmatian makes them even cooler. Jackson has an array of bow ties and also is a lover of blueberries. He lives with a loving family and has 4 other doggie brothers!

But there’s more to Jackson and his love of blueberries and bow ties. His Instagram account also works to bring awareness to living with senior dogs or those with special needs. You can follow Jackson and his family at @jackson_the_dalmatian.

There’s nothing cuter than a grinning French Bulldog and Manny will brighten your day! Follow Manny as he adventures through life – all while sporting his iconic grin. Follow Manny at @manny_the_frenchie.

Have you ever wished there was a dog version of The Humans of New York? Well, your wish has been granted. The Dogist Instagram account curates profiles of some of the cutest and furriest New Yorkers.

While they highlight the cute dogs of New York, they also focus on helping and highlighting dog shelters and other rescue groups. Their foundation raises funds to help other dogs in need.

Golden Retrievers are often known for their goofiness and their playfulness. Well, both these traits are on full display over on @tuckerbudzyn.

Tucker used to be a solo Golden but recently, Todd joined the family. Follow Tucker and Todd for lots of cute and amusing Golden Retriever antics.

If you’re looking for an athletic dog who loves adventures, look no further than Loki the Wolfdog. While he may be called a wolfdog, he’s actually a Husky and Malamute mix.

Loki started on Instagram by showing off his snowboarding skills and his account gathered a lot of momentum from there. Now Loki’s a brother to another older pup named Raven. Loki, Raven, and human Kelly hope to inspire both dogs and humans to get outside and have adventures together.

With a name like Popeye, this pup has to love food, right? Formerly a stray dog, Popeye enjoys the finer things in life as he travels with his humans and documents the dog-friendly eateries along the way.

Popeye is a mixed pup, with about six different breeds! He has Shih Tzu, Poodle, Pomeranian, Rat Terrier, Maltese, and Chihuahua. Follow Popeye if you love food content as well as humorous dog facial expressions! You can find Popeye at @popeyethefoodie.

If you want a variety of dogs, @dogsofinstagram is a worthy follow. This account compiles dog photos from around the world, all in one place. Updated frequently, you are sure to have a steady stream of cute dog photos.

These are just a few of the best dog Instagram accounts to follow. If you find yourself following multiple accounts and your feed is full of dogs, it could be one of the signs you’re obsessed with Corgis and dogs in general. Regardless, dogs will brighten your day, and these accounts will certainly do just that. 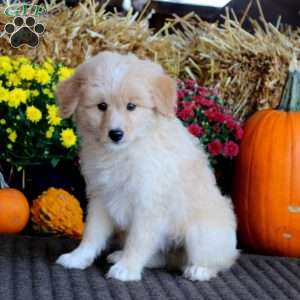