Home » Blog » Are My Dogs Playing or Fighting?

Since wrestling and play-fighting are all normal parts of dog behavior, it can be difficult sometimes to tell whether your dog is making a new friend, playing, or fighting. Knowing what to look for can be a big help in determining when it’s fine to let things go and when it’s time to step in to avoid issues. Here are some things to look for to help you answer the question “are my dogs playing or fighting?”:

Understanding dog body language is essential for determining whether your dogs are playing or fighting. A dog that is playful often has a softer body posture that is loose, relaxed, and usually accompanied by a lot of wiggles, a relaxed mouth, and ears pointed forward or relaxed at the sides.

A fearful or shy dog may show submission by lying on their side, rolling on their back, or lowering their head with flattened ears. As long as the dog opens up and begins playing equally with the other dog after this, it’s likely fine. If submissive behavior continues and worsens into fear, it’s time to remove your dog from the situation as they may react with fear-based aggression.

Aggressive dog body posture is tense. A dog that is posturing aggressively instead of playfully will be tense, stretched up to look as large as possible, and will likely be growling, pulling back their muzzle to show teeth, have flattened ears, etc. They may also be centered or leaning forward slightly to prepare to defend themselves.

If your dog is showing these signs of aggression, it’s time to intervene before a dog fight occurs. The same is true if you see another dog looking and acting like this towards your dog.

2. Make Sure They Are Taking Turns

Dogs may wrestle around and assert dominance during play. But, generally, they will “take turns” being the alpha. Both dogs involved in play should be participating equally in the jumping and chasing.

If they’re wrestling, both dogs should have a turn as the top dog during a wrestling match. If they’re playing in a dancing pose by standing on their hind legs and “hugging”, they should be naturally taking turns as the leader.

If over-domination is occurring, where one dog is clearly in charge, aggressive, and not allowing the other dog to have a turn as the “alpha”, you should start paying attention and be prepared to remove your dog. If one dog does not let the other have a turn on top during playful wrestling or allow them to chase back, the situation could quickly turn from playing into fighting.

Unequal matches in either the size of the dogs or the number of dogs have the potential to lead to issues. They don’t always, but it’s important to pay attention when dogs are playing in these situations.

Size isn’t everything. A big intimidating dog can be a big softie while a small dog can be aggressive and vice versa. When dogs of different sizes are playing, you want to watch for changes in their body posture and make sure that they are taking turns.

But, you also want to keep an eye on how each dog is using their own size and reacting to the size of the other. Some big dogs are intimidated by smaller dogs that act aggressively and some small dogs may exhibit fear-based aggression if they feel intimidated by the larger dog.

When there are multiple dogs playing together, you also want to make sure that the dogs are playing fair and not ganging up on one dog in particular. Groups of dogs can take on a pack mentality and end up focusing unfairly on one dog, which can quickly lead to aggression.

So, if your dog is playing in a group and it turns from group play into a situation where one dog is singled out, it’s time to pay attention and potentially remove your dog regardless of whether they are the one singled out or part of the pack acting as the aggressor.

These are just a few things to look for to help determine the answer to “are my dogs playing or fighting?” You want to let your dog be a dog, but you also want to keep an eye out for these potential warning signs of your dog or other dogs turning aggressive during play.

Paying attention and knowing what to look for are key parts of keeping your dog and others safe while at the dog park, meeting a new dog on a walk, playing with a known dog friend, and more. 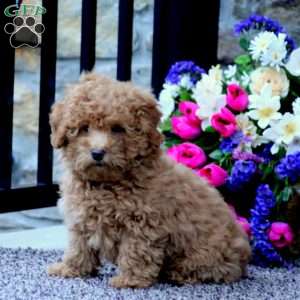