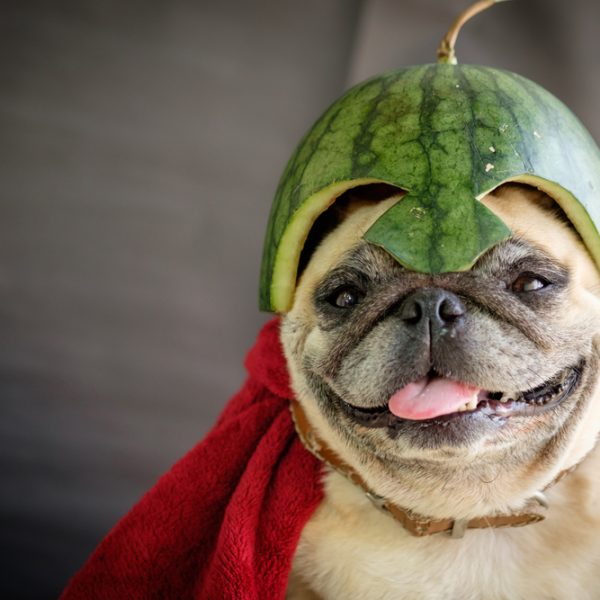 Are dogs really man’s best friend? Some pooches prove themselves worth their salt to the human race by saving people’s lives. Here are a few stories of dogs that saved human lives:

1. Dog Protects His Human From a Bear

There are plenty of stories of dogs saving their humans from wild animals. This one is about Toby who saved his family from a bear.

Eight-year-old Toby, a black Labrador Retriever from Evergreen Township in Minnesota, was a loving member of John Wacker’s family for eight years. One fateful May, he proved his love for his humans by sacrificing his own life.

The black lab accompanied Wacker’s son, Chris, who was out in the woods gathering mushrooms–the family often found morels in some woods close to their home. Wacker’s son heard a sound and thought he saw a man standing by a tree ahead, looking at them.

Then, the man and the dog saw two bear cubs scramble up a tree, and they saw a grown bear walking in the distance. What had appeared to be a man staring at them was actually a mama bear looking at them from behind a tree.

Chris ran away as Toby ran toward the bear, trying to lead it away. Toby actually chased the bear right into Chris’s path of escape, and as they neared Chris, Toby turned and faced the bear. As Chris fell to the ground and the bear advanced on him, Toby rushed at the bear, which bought Chris the time needed to escape.

Unbelievably, both man and dog made it back to the Wacker home. A gravely injured Toby was rushed to the vet, who tried but could not save his life. John, the elder Wacker, said he planned to mark the place where the dog faced up to the bear with a marker reading, “Here lies Toby, the dog who saved my son.”

In Petoskey, Michigan, on a New Year’s Eve, a dog saved the life of a man who was injured in a snowy accident and was paralyzed.

Bob, whose last name was not released to the press, was watching New Year’s Eve programming on TV. During a commercial break, he ran outside in just his long underwear, a shirt, and slippers to get more wood for the fire in his fireplace.

He slipped and fell, breaking his neck. He called out for help but was home alone and his closest neighbor lived a quarter of a mile away. Bob’s dog, a Golden Retriever named Kelsey, began barking.

Bob was stuck, paralyzed, in his own yard in the snow and freezing temperatures, for 20 hours. Kelsey never stopped barking, the man said. The dog also helped to keep him from freezing to death by laying on top of him.

Eventually, his neighbor heard Kelsey barking and came to investigate, finding Bob and getting help.

An Indiana puppy named Clobberhead, who apparently doesn’t deserve his goofy name, sniffed out a gas leak in his family’s laundry room, heading off what could have been a big disaster.

“Clobber” was acting weird one afternoon, his owner noticed. He wouldn’t stay outside and kept running upstairs. When his owner went in to investigate, she realized there was an apparent gas leak in the laundry room and that her hot water heater was leaking and giving off sparks, which could have turned the gas leak into an inferno. Clobber’s owners credit their Greyhound pup with saving their lives.

Diesel was a Belgian Shepherd that was employed by the French police. During a search, Diesel ran into an apartment of a Paris bombing suspect. Diesel sustained multiple gunshot wounds from the suspect before passing away.

His sacrifice saved the lives of all of his fellow police officers. He was awarded the Dickin Medal, named to Time’s 2016 list of Most Influential Animals, and will be remembered in the hearts and minds of people everywhere.

Boxers are loyal and devoted family dogs that also make great service dogs. Simon was a Boxer that was a companion and guide dog to David Furukawa, who was legally blind.

One morning, Simon accompanied David as he walked his young son Will to school. As they were crossing a road, a speeding car ran a stop sign and was barreling towards them. According to witnesses, Simon immediately knocked them out of the way and took the impact of the vehicle himself.

David suffered some broken bones and his son had some scrapes from falling on the ground, but Simon’s injuries were more severe. David was rushed to the hospital while bystanders took Will home. Despite his injuries, which included a broken leg, deep cut on his side, and internal bleeding, Simon faithfully followed Will home.

Once he knew Will was safe, Simon lied down on the floor. Family members attempted to rush Simon to an emergency veterinary clinic, but the dog’s injuries were fatal and he passed away on the way to the clinic.

Although the search and rescue dogs were not able to save many people from the rubble at Ground Zero after 9/11, they did find the few survivors that were there. Through their continuing efforts to find remains, they helped bring closure to countless families.

Additionally, they often served as emotional support dogs for rescuers and firefighters working on the site. It’s undeniable that the 9/11 rescue dogs saved human lives in more ways than one.

7. Dog Protects His Human From a Cougar

Angel, only 18 months old at the time, earned her name when the Golden Retriever protected her human from a cougar. Auston was 11 years old and playing in the yard when a cougar suddenly charged towards him to attack.

Before the cougar could make contact, Angel jumped in front of him and fought the cougar. This gave Austin the chance to get safely inside and for his family to call 911. The police were able to put the cougar down, but Angel the Golden Retriever was seriously injured.

The family was able to get her the medical help she needed and she made a full recovery. In true Golden Retriever fashion, she was just happy to be back with her family to keep a watchful eye over them and play with them.

8. Family Dog Rescues an Infant From a House Fire

When their house caught fire and they evacuated, the Briedings experienced the true loyalty and devotion of a dedicated canine companion. As the family stood outside the home as the flames engulfed it, they quickly realized two family members were missing – their infant daughter and their dog.

Thankfully, their mixed-breed dog exited the home shortly after carrying their infant daughter carefully by her diaper. The family was reunited and safe, and neither the infant nor the dog sustained injuries in the fire.

It was a normal day and Debbie Parkhurst was eating an apple. She suddenly started choking on a piece of it. Before she could even react, her dog saved her. He immediately jumped on her chest. This dislodged the apple and prevented Debbie from choking. Toby, her Golden Retriever, even received an award from the ASPCA for his rescue.

It may be annoying when your dogs disturb your sleep, but sometimes there is a good reason for it. This is what happened to the Pitts family. Miley, their family dog, kept waking up Stacie. Eventually, Stacie realized Miley was trying to tell her something was wrong.

Stacie woke up the rest of the family only to find they were all suffering from headaches and nausea. After a call to 911 and an emergency visit to the doctor, they discovered that they were suffering from Carbon Monoxide poisoning. Miley’s efforts saved their lives.

When Belle the Beagle’s owner, Kevin Weaver, had a diabetic-induced seizure and collapsed, she saved his life. The Beagle used her mouth to bite into the phone and dial 911. Without her assistance, the seizure would have been fatal for Weaver.

Labrador Retrievers are known for loving to run and play and loving the water, which is why they tend to have a blast at the beach. Norman, a rescued Lab that happened to be blind, was no different. He loved running on the beach with his owner.

One day, Norman and his owner were on the beach when he suddenly took off into the water. A girl was crying for help from the water, but it wasn’t loud enough for humans to hear. Using his heightened sense of hearing, Norman swam out to the girl and helped guide her safely back to shore.

These are just a few stories of dogs that have saved human lives. It’s clear that when it comes to loyal and loving companions, there’s a reason why canines are at the top of the list. 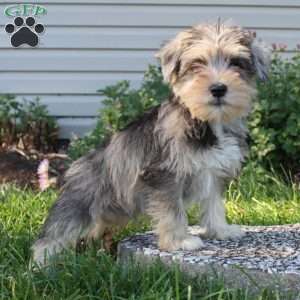