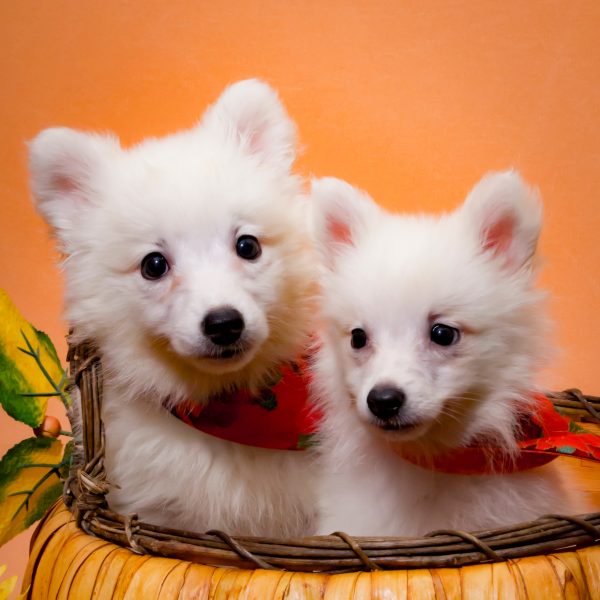 The American Eskimo is a small, fluffy dog that loves their family. They also tend to be energetic, highly intelligent, curious, and alert. Here are a few more facts about American Eskimo dogs:

1. They Are a Spitz-Type Dog Breed

The American Eskimo, also called an Eskie, is a spitz-type dog breed that originated in Germany. Most of the spitz dog breeds we know today have origins in the Arctic or Siberia regions and are considered snow dog breeds.

They are characterized by their long, thick fur that is often white. In fact, many spitz breeds are also some of the fluffiest dog breeds because of this. Spitz breeds also tend to have pointed ears and pointed muzzles.

Another notable spitz breed characteristic is the tail that droops or curls over the dog’s back. Although they are one of the smaller ones and originated in Germany, the American Eskimo is still a spitz breed.

2. The Dog Breed Was Americanized Around World War I

As the breed continued to develop in the United States, the American reference stuck. By 1919, they were known as the American Eskimo Dog. It wouldn’t be until 1995 that the American Kennel Club recognized them as a member of the Non-Sporting Group.

Like other fluffy arctic breeds, the American Eskimo dog loves the cold and is one of the dog breeds that love winter. Much like Siberian Huskies, Alaskan Malamutes, etc., they tend to love running and playing in the snow and then hunkering down in a pile of snow and taking a nap. You may have a hard time getting them to come back inside when it’s cold outside and there is snow on the ground!

4. They Tend to Love Children

American Eskimo Dogs tend to love children and tend to be excellent with them. This makes them a fantastic addition to families. Their fun-loving, energetic personality and affectionate nature make them a great companion and playmate for children as long as the children know how to properly handle and interact with a small dog.

5. An American Eskimo Can be Shy at First

Although these small, fluffy dogs tend to be open and friendly, they can be a little shy or come off as aloof when meeting another dog or person for the first time. Generally, they warm up quickly once they are introduced. But, this does make early and ongoing socialization important to maintain their generally friendly demeanor.

The American Eskimo has a watchdog background and they certainly haven’t forgotten it. They do tend to be vocal and bark when someone is on the property. If this is not a behavior you want as your American Eskimo puppy grows, you can start early to train your dog to stop barking.

Although they do not tend to be aggressive, these small, alert dogs are territorial by nature. As such, it’s important to socialize them early and often and keep up with training. Any dog can become aggressive when they are poorly socialized or untrained, especially dogs with territorial or protective instincts. This is one of the most common causes of aggression in dogs.

7. American Eskimo Dogs Can be Stubborn

These dogs are known for being highly intelligent. Plus, they are eager to please their owners. This makes them highly trainable and a great fit for owners of all experience levels. After all, they used to perform in circuses!

But, they do have an independent nature and can be stubborn at times. This, paired with their mischievousness because they get bored easily, can be a challenge for first-time dog owners at times. As such, puppy training classes are encouraged. Plus, these classes are a great opportunity to socialize a puppy, so they tend to be a good idea regardless of experience.

These are just a few facts about American Eskimo dogs. The American Eskimo is a small dog breed with a lot of energy. They are a good fit for single owners as well as families who can give them the exercise, attention, and mental stimulation they need to be happy and healthy.

If you think this could be the right dog breed for you, learn more about them, and then check out the available American Eskimo puppies. You might end up finding your new best friend! 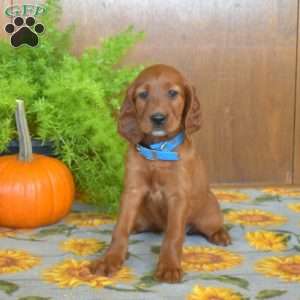