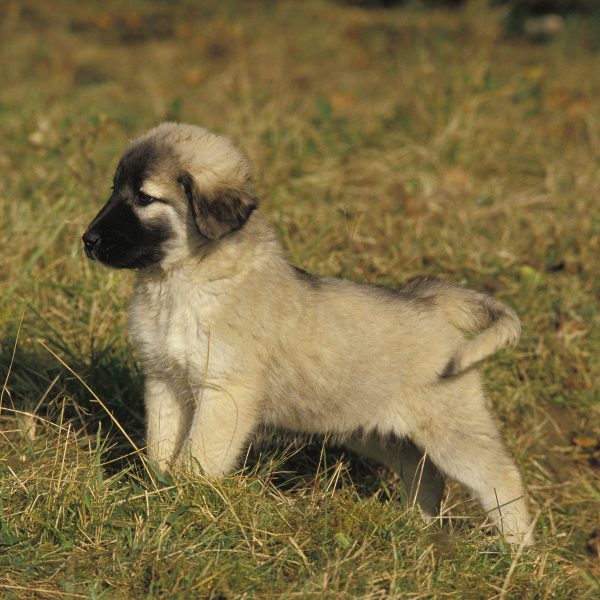 The Anatolian Shepherd is a large dog breed known for their natural protector and guardian instincts. Although they tend to be independent dogs, they are loyal to their families and loving. Here are a few more facts about Anatolian Shepherds:

1. The Anatolian Shepherd is an Old Dog Breed

The modern Anatolian Shepherd descends from some of the oldest domesticated canine bloodlines that we know of. Their origins can be traced back to the Bronze Age over 6,000 years ago. In fact, the region in which they originated, Anatolia, no longer exists as Anatolia and is currently part of modern-day Turkey.

2. A Government Project Brought Them to the United States

Just before World War II, the U.S. Department of Agriculture ran a project to determine the best sheepdogs. Because the Anatolian Shepherd was bred specifically to protect and guard flocks of sheep, they were brought into the country to participate.

Although World War II and the sheer amount of care the dogs needed put a pause on the project, these dogs were in the country at that point. And, after the war in the 1950s, ranchers started to use them on their farms to protect their livestock.

They took off from there and were viewed as a valuable livestock protector by farmers around the country by the 1970s. Although they are not as common today, Anatolian Shepherds are still considered one of the best dog breeds for farms.

3. They Protect More Than Just Sheep

Canines and cheetahs have gotten along well for ages. One of the unlikely animal friendships, dogs often make fantastic companions for cheetahs as they grow, when they are in rehabilitation, or when they are lonely at rescue centers. In addition to this, Anatolian Shepherds have been working in Namibia and assisting with the cheetah conservation efforts there since 1994.

Before, farmers were killing cheetahs to protect their flocks. The consequence of this was a significant and rapid decline in the cheetah population. Instead, farmers were encouraged to use Anatolian Shepherds to protect their flocks. Not only did this reduce livestock losses for the farmers overall, but it also removed the need to kill cheetahs and reduced those deaths, which has allowed the cheetah population to stabilize and begin to slowly recover.

Although the Anatolian Shepherd is known for their hardworking nature and skill as a livestock protector, they also make a great family dog. They tend to get along well with children and tend to have a calm and patient demeanor with them.

They also tend to get along with other animals in the family. However, they are natural guardians and protectors. This makes them naturally suspicious of strangers. Because of this, socialization early and often is important to make sure these large dogs are confident and do not identify anything strange as a threat.

This dog has an independent nature and a strong will. As lone livestock protectors in rugged conditions, they were bred to be able to work independently, make their own decisions, and act accordingly to do the best job they could of protecting the flock. Although they do enjoy being around their families, they are also one of the most independent dog breeds.

As such, they can be a challenge to train. Generally, this dog breed is a better fit for more experienced owners. Novice owners should plan to enroll in puppy training classes or enlist the help of a professional dog trainer. Puppy training classes can be a great idea regardless because they can help socialize a puppy.

6. Anatolian Shepherds Have an Urge to Wander and Patrol

As guardians with an independent nature, the Anatolian Shepherd tends to have the urge to wander and the urge to patrol their property. Because of this, they should only be let off-leash in securely fenced areas. Otherwise, they may wander off and they may also choose not to listen to your recall commands.

These large, independent, and loyal dogs can be a great fit for experienced single owners or families who can give them the exercise, mental stimulation, and attention they need to be happy and healthy.

If you think this could be the right dog breed for you, learn more about them, and then check out the available Anatolian Shepherd puppies! You might just find your new best friend!