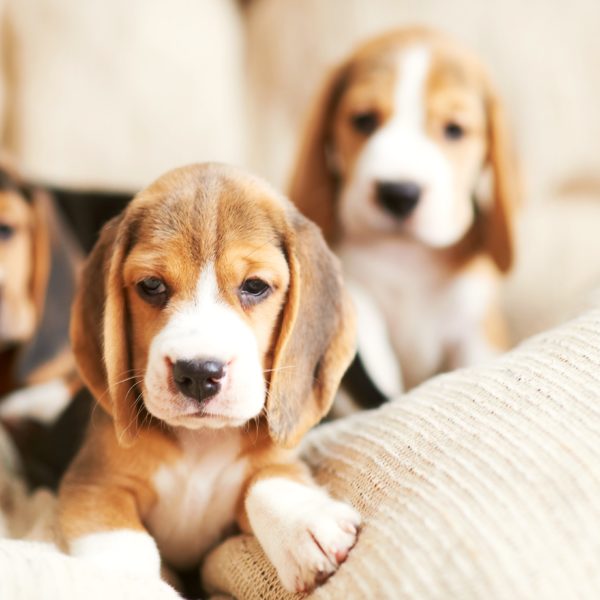 Beagles are one of the most popular dog breeds in the United States. They tend to have a sweet disposition, a friendly personality, and are loyal to their families. They seem always to be happy to play, go for a hike, or join you on an early morning hunt. Here are a few more facts about Beagles:

1. All Purebred Beagles Have White-Tipped Tails

Whether it’s a full white tip or just a few white hairs, all purebred Beagles have white-tipped tails. Because Beagles were originally bred to be hunting dogs, the white-tipped tails were also bred so that hunters could find and follow the Beagle like a white flag while they searched for their prey. Now, the white-tipped tail is purely used as a marker for purebred litters. However, there are probably some hunters out there who still appreciate it!

2. They Were Bred for Hunting

Beagles have seemingly endless energy which makes them great hunting dogs. They are one of the best hunting dogs for hunting hares and rabbits. Their incredible sense of smell is their biggest asset and they are very determined dogs.

3. Beagles Have a Superior Sense of Smell

All dogs have a great sense of smell. But, as a scenthound and a hunting dog, the Beagle is on another level. Beagles still use their superior sniffer on hunts, but they are also commonly found working in various jobs. They have been found working as drug-sniffing dogs, bedbug detectors, and more.

In U.S. homeland security, they can be found working in “The Beagle Brigade”. In this capacity, they search through cargo, luggage, and other packages coming in and leaving the United States for anything suspicious.

Their fantastic noses and ability to hone in on specific smells paired with their wonderful temperament make them the perfect partner for agencies and officials who need to search for hazardous materials in high-stake situations.

4. Their Ears Help Their Nose

Beagles are known for their sniffing mastery, but did you know their ears help with that? Their ears act as a funnel of sorts. They catch scents and hold these particles close to the Beagle’s nose. This allows the Beagle to gather as much of the smell as possible, helping them to follow the scent better.

5. Beagles are Prone to Barking

The name “Beagle” may come from the French word begueule, which means wide throat or gaped throat. In French poetry, this word is often referred to as a “loudmouth” and was reserved for someone or something being boisterous and bothersome.

This isn’t to say a Beagle will be annoying, just that they can be prone to barking and have a distinctive, loud howl. It’s instinctual, so you won’t be able to stop it completely, but you can train your dog to stop barking to keep it from becoming a nuisance. Keeping this in mind during training early on can help your Beagle understand some boundaries when it comes to barking.

They tend to make three different vocalizations – their distinctive howl, an even more distinctive bay, and a standard bark. The bay is yodel-like and is used to trumpet victory when they’ve found prey during a hunt while the standard bark tends to be shorter and sharper.

6. They Tend to Be Kid-Friendly

Beagles are known for their sense of smell and their energetic and playful personality. They tend to make great family companions that get along fantastically with children and other dogs. This is one of the many reasons they are among the most popular dog breeds.

Beagles thrive on human companionship, so they don’t like to spend long periods alone. They love attention and love to play, so they will be overjoyed to have another person to play with.

8. They Can Be a Handful

Even though this breed is cute and affectionate, they can be a handful if left to their own devices. Beagles need plenty of exercise and mental stimulation to curb destructive behavior.

Beagles do not like being left alone and will howl to let you know their true feelings. You should plan on a well-fenced yard as beagles tend to roam. A fenced yard allows them some freedom but still keeps them safe.

9. Lyndon B Johnson Was Fond of Beagles

Former U.S President Lyndon B. Johnson had a fondness for Beagles. While in office, Johnson had three Beagles. The first two were named “Him” and “Her”. No one knows how they got these names, but the third Beagle was named Edgar after J. Edgar Hoover, Director of the FBI.

Hoover gave Johnson the Beagle after Him died. Him fathered a litter of puppies and Johnson’s daughter Luci claimed two puppies, named Freckles and Kim.

These are a few facts about Beagles. The Beagle is a fantastic fit for active owners and families who can give them the attention, mental stimulation, and exercise they need to be happy and healthy. If you think this breed could be the right one for you, learn more about them and check out the available Beagle puppies! You might just find your new best friend! 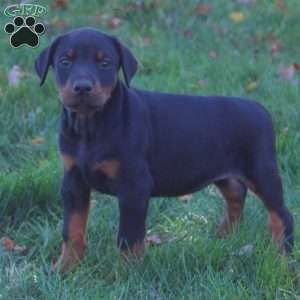