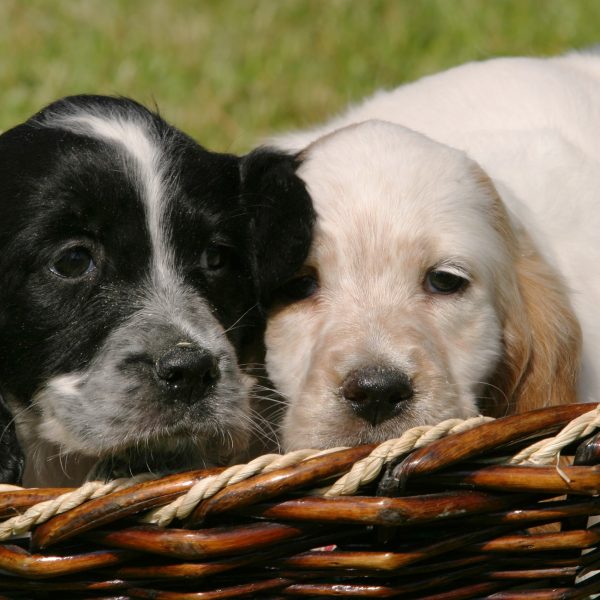 1. English Setters Have A Rich History

English Setters were once described in the 1876 book The American Kennel and Sporting Field as, “The best animal for American upland shooting.” This is due to their rich history as being an independent, smart hunting dog.

You can find records of the English Setter going back over 400 years, with works of art dating back to the 15th century that include dogs that resemble the Setter breed.

In the early 1800s, a breeder named Edward Laverack created the foundation for the modern English Setter. This was cemented when another English breeder by the name of Purcell Llewellin picked the best of Laverack’s pack and crossed them with his dogs. At the time, these were known as Laverack and Llewellin Setters.

However, canine historians have recognized that these are just English Setters traced back to this particular bloodline. In 1878, when the American Kennel Club was founded, the English Setter was one of the first eight purebred sporting dogs accepted into their ranks. As a matter of fact, the first dog registered with the AKC was an English Setter by the name of Adonis

2. They Are Very Smart

This breed was designed as a gundog for the purpose of hunting quail, pheasant, duck, and other game birds. This requires a certain level of decision-making capabilities with an emphasis on concentration and independence in the field.

This makes the English Setter a highly intelligent dog breed that gets bored easily. If an English Setter doesn’t get the mental stimulation they need, then they may start figuring out their own tasks, which almost never turns out well.

A bored English Setter may turn to digging, riffling through the trash, and even chewing the upholstery on your favorite couch to entertain themselves. Therefore, if you decide on an English Setter, make sure to play plenty of games with them. Hide and seek, keep away, and other dog-friendly games can be good choices.

Being hunting dogs by nature and built for endurance, they are naturally full of energy. As a high-energy dog breed, they will require at least an hour of more vigorous exercise in addition to their daily walks every day.

An excellent trait of the English Setter is that they play well with other dogs, so bringing them to an off-leash dog park is a great activity. They’ll love the opportunity to run and play while making new friends.

Some other good activities include hiking, jogging, bike riding, fetch, or long walks around the neighborhood. They are elegant looking animals, so don’t be surprised if people turn their heads to check out their vibrant, bespeckled coat while you’re out for a walk.

With their long, elegant coat, some maintenance is required. Thankfully, an English Setter’s grooming needs are moderate and not high-maintenance. While not a flurry of fur, this dog’s coat will shed moderately and heavier as the seasons change.

Therefore, it’s smart to brush them with a soft bristle brush a couple of times per week to keep the loose fur at bay. Additionally, this helps remove tangles to prevent mats from forming. Tangled hair can lead to mats and skin problems later on, so it’s wise to keep up with coat maintenance.

5. An English Setter Can Be Sensitive

This intelligent, elegant canine is one of the more sensitive breeds. When training English Setter puppies, it’s important to take a sweet tone with them and to offer plenty of praise and affection as a reward rather than showing displeasure with their actions.

It’s not recommended to be harsh with any breed. But, English Setters have a particularly touchy disposition and are sensitive to your tone of voice. So, they will take harsh tones to heart, which can damage the bond you’re trying to build with them.

This is only a glimpse into this wonderful, astute breed and these are just a few facts about English Setters. If you would like to know more about them or are interested in them as your next companion, check out the available English Setter puppies. You never know – they could be everything you ever wanted in a companion. 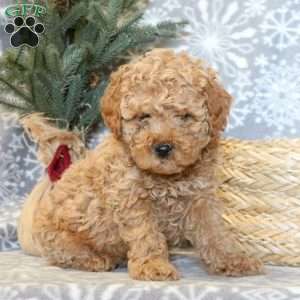