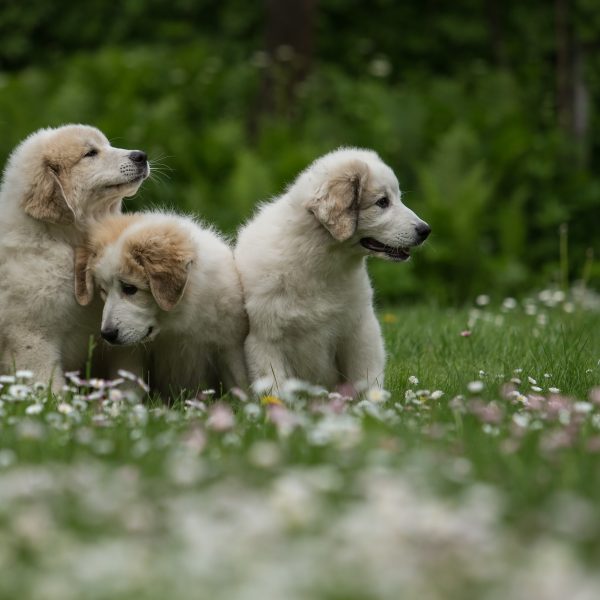 The Great Pyrenees is a large dog breed that can work independently and is also affectionate with their owners. Here are a few fun facts about Great Pyrenees:

1. They Were Bred to be Rugged Protectors

The Great Pyrenees are named such because they originated in the regions around the Pyrenees Mountains between France and Spain. They were originally bred to guard and protect herds of livestock throughout the freezing temperatures and rugged mountain terrain.

These dogs were prized for their large powerful size and their strength, especially because they had to protect flocks from bears, wolves, and other mountain dangers. In addition to their strength, they were also known for their determination, focus, patience, and independent mind while working.

2. The Great Pyrenees Can be Great for Families

The Great Pyrenees, or the Pyr, often makes a fantastic family dog. They may have an imposing presence, but they tend to have a sweet, gentle, and affectionate disposition. This often means they get along well with children and other dogs in the family.

Because they are a natural protector, the Pyr is suspicious and initially wary of strangers. This makes socialization early and often even more important for this breed. A properly socialized Great Pyrenees will graciously welcome strangers into their home as long as they have been invited and will warm up to them once introduced.

3. They Can be Territorial

As a known protector, the Pyr can be territorial. They often tend to patrol their property as part of guarding and protecting it. Because of this, they should only be let off-leash around their home in a fenced area if they are not working a specific job. Otherwise, they will roam and expand what they consider as “their” home territory.

If they are working a specific job on a farm or other application, it’s usually not much of a problem. For example, if they are protecting a flock of sheep, they will roam with the sheep, keep their “territory” close to them, and will not necessarily wander off on their own.

Although the Great Pyrenees is an intelligent dog that picks up on things quickly, they tend to have a stubborn will and independent mind. They learn basic commands quickly, but often don’t see the point of performing them.

If they don’t really see the point of doing things during training sessions, they may be slow to respond or may not respond at all. It’s not that they don’t know what is expected of them; it’s just that you haven’t motivated or given them a good enough reason to do it.

Because of this, the Pyr is usually a better fit for more experienced owners who can keep training interesting and motivate this independent dog breed to want to perform. Puppy training classes can also be a good idea, if only for the opportunities to socialize a puppy.

These are just a few facts about Great Pyrenees. If you think this could be the right dog breed for you, learn more about them to make sure they are right for you, and then check out the Great Pyrenees puppies for sale. You could end up finding your new best friend! 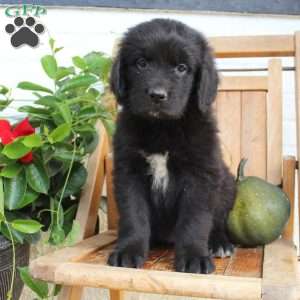