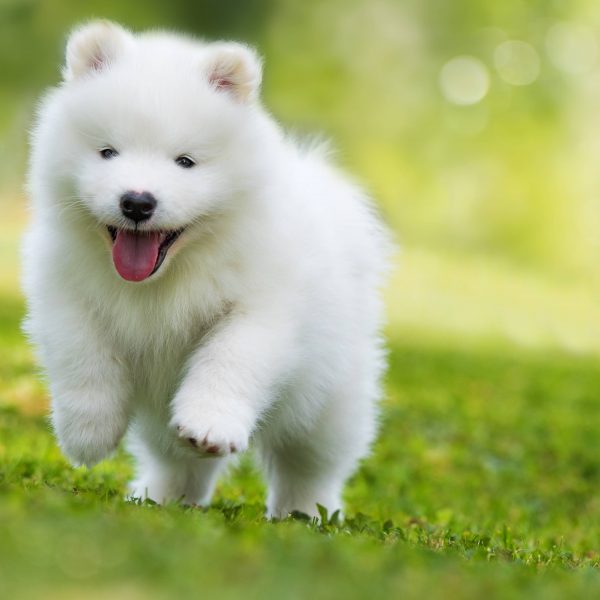 Samoyeds are known for their fluffy white coats, charming personalities, and characteristic “Sammy Smile”. It’s hard to resist their sweet, friendly nature. Here are a few more facts about Samoyeds:

1. They Were Originally Bred to be Sled Dogs

The Samoyed hails from Siberia. They were snow dog breeds that were bred specifically to withstand rough, cold conditions and pull sleds with heavy loads for long distances across the tundra. Because of this, they are sturdy, athletic dogs with a lot of energy and endurance despite their medium size.

This background also accounts for their thick coat and fluffy appearance. Although they were originally bred to be a sled dog, they also acted as watchdogs. Additionally, they even assisted sometimes as herding and hunting dogs.

2. Samoyeds Have a Smiley Appearance and Personality

One of the well-known physical traits of a Samoyed is their “Sammy Smile”. These dogs have mouths with naturally upturned corners. Not only does this help reduce drooling, but it also gives them a perpetual smiley appearance.

In addition to their smile, Sammies are also social, friendly dogs that love to play and thrive on affection. They are known to get along well with just about everyone, including children, other dogs, and even strangers.

3. They Have a High Prey Drive

Samoyeds do tend to have a high prey drive. Although they tend to get along well with almost anyone, this does mean that they may not do as well with other smaller pets in the household. They will likely adjust fine with pets they were raised with, but will require extra socialization and training with them.

This high prey drive is also paired with an urge to chase and an urge to wander. Like the Siberian Husky and other sled dog breeds, the Samoyed is a talented escape artist that is used to traveling long distances, wandering, and exploring.

Because of this, they may not be the best fit for being off-leash and should only be let off-leash in secure areas. Although they can learn basic commands quickly, they are strong-willed and may ignore your recall command when off-leash if something more interesting has caught their attention.

Samoyeds are high-energy working dogs that need a lot of daily exercise and a job to do to be happy and healthy. They tend to get bored easily, so they also need a lot of mental stimulation. As with any dog breed, the Samoyed can quickly become destructive if they do not get enough exercise.

They are also prone to digging, especially if they are bored or have too much energy. Instincts, not enough exercise, boredom, and more are all reasons why dogs dig. Depending on how your Samoyed is with digging, you may only be able to redirect that behavior to a specific, acceptable area of the yard.

5. They Are Vocal Dogs

The Samoyed is a vocal dog breed. They are prone to barking, howling, and other vocalizations. Their howls even tend to be melodious and can come across like they are singing.

You may not be able to do much about the instinctual vocalizations and a howl every and then, but you can train your dog to stop barking early on to keep it from becoming a nuisance behavior.

These are just a few facts about Samoyeds. If this dog breed sounds like the right fit for you, learn more about them, and then check out the available Samoyed puppies. Who knows? You could end up finding your best friend! 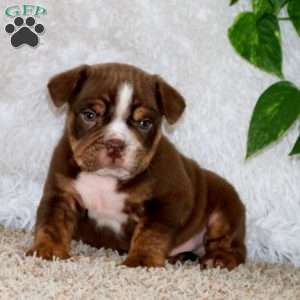