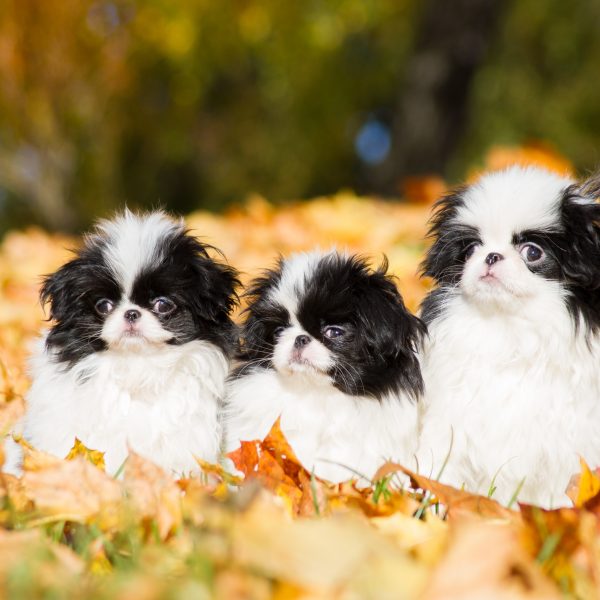 The Japanese Chin is a smart, playful, and loyal lap dog that loves their families. They tend to be affectionate, cuddly, and well-mannered. Here are a few more facts about the Japanese Chin:

1. The Japanese Chin Has a Mysterious Origin Story

The Chin dog breed can be traced back to Japan somewhere between 500-1,000 years ago. Japanese nobles are credited with developing the modern dog breed we know today as the Japanese Chin.

However, their origins prior to their appearance in Japan are still mysterious. Although a breed that resembles the Japanese Chin appears in ancient Chinese depictions, early origins have been attributed to both Korea and China.

Competing origin stories credit merchants, monks, and even emperors from various areas for bringing the Chin to Japan. Because of this, the breed’s ancestry prior to Japan is still considered a bit of a mystery.

2. Isolationsim Delayed Their Popularity in Other Countries

The Japanese Chin was developed before and during a period of isolationism in Japan when the country was not open for trade with other countries. 200 years of isolation later and the country finally reopened for trade.

It was only at this point that the Japanese Chin could spread to other countries. This is why it wasn’t until 1854 that the dog breed appeared in the West despite being an older, established breed. They were recognized by the American Kennel Club in 1888 as a member of the Toy Group, but there were known as the Japanese Spaniel until 1977.

3. They Love Attention and Love to Cuddle

These small dogs were bred to live in the lap of luxury and they haven’t forgotten it. They are true companion dogs that thrive on attention and love to cuddle. Japanese Chin to be social and friendly dogs that get along well with everyone.

They are simply happy to have another friend to admire them and give them affection and attention. Despite their general quiet and aristocratic demeanor, these dogs will often also use their charming personalities and amusing antics to make sure they are the center of attention.

4. The Japanese Chin is Highly Intelligent

The Japanese Chin is a highly intelligent dog breed that is often known for using their intelligence to get what they want from their owners. This, paired with their royal past, means they can have a stubborn streak during training and may choose not to listen if they don’t feel like it.

Keeping training consistent is one of the most important dog training tips, but that alone often won’t be enough when it comes to training a Japanese Chin. Although they love to get attention and will enjoy the praise that comes from responding well to commands, you have to be careful that they don’t end up training you!

Since simply asking them to perform doesn’t always get the result you want, you often need to figure out how to train them in a way that motivates them to want to respond. If you can make it worthwhile for them and make it seem like it was their idea all along, they’ll exceed your expectations.

These are just a few facts about the Japanese Chin. If you think this could be the right dog breed for you, learn more about them, and then check out the available Japanese Chin puppies. You could end up finding your new best friend! 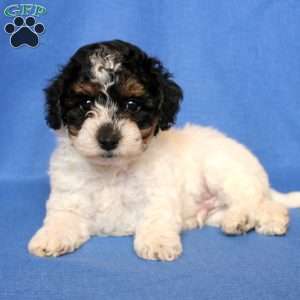