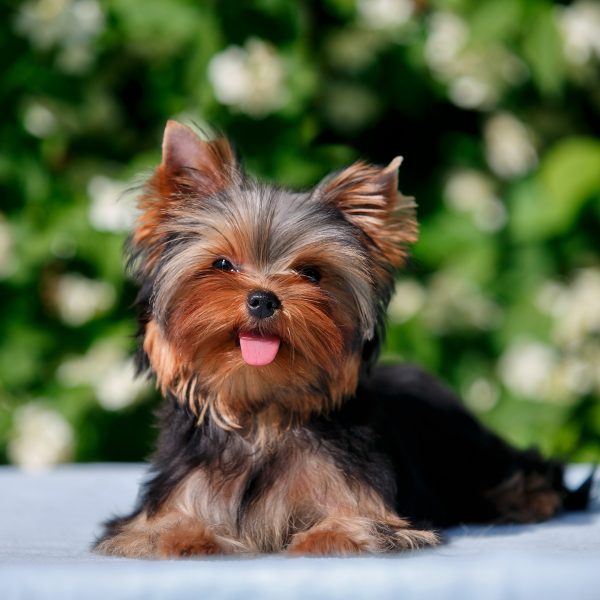 Yorkshire Terriers are members of the toy group and are popular for a few reasons. Their characteristically long, beautiful coats, small size, and, most of all, their wonderful little personalities are all reasons why these little dogs are popular companions. Yorkies are known for being intelligent, inquisitive, loyal, and energetic. Here are some more fun facts about Yorkies:

1. They Were Originally Ratters

Yorkshire Terriers were originally bred in Scotland to help with pest control. More specifically, they were commonly used by weavers, miners, bakers, and other business owners to keep their shops and buildings pest-free. They were also sometimes used on hunts to flush out prey, especially prey that burrowed into a den.

They were bred for their small size, courage, and tenacity. Not only could they fit into small spaces, which was perfect for rodent control, but they also were not afraid to take on and chase away rats, some of which may have been about their size.

Yorkshire Terriers were not always called that. They were called Broken-Haired Scotch Terriers. It wouldn’t be until the breed came to England and was further refined and developed that they would be called Yorkshire Terriers.

What would become the modern Yorkie we know today didn’t make it to England until the mid-1800s. Scottish weavers who came to England during that time brought their terriers with them. They gained popularity in England from there and even appeared in dog shows starting in 1861. The switch from Scotch Terriers to Yorkshire Terriers would occur shortly after in 1870.

3. Smoky the Yorkie Was a War Hero

A Yorkshire Terrier named Smoky was a World War II war hero that would later work as a therapy dog. There is even a statue in Cleveland, Ohio, where she passed away, dedicated to her memory. In total, there are six memorials in the United States dedicated to Smoky and one in Australia.

As the story goes, an American soldier named Bill Wynne found Smoky in a foxhole during WWII. Not only did she accompany Wynne and his company through New Guinea, but she was also an essential support in the war effort. In addition to being a source of comfort to soldiers in high-stress situations, she was also taught to run through pipes and string communication wires, which helped save lives.

Off the battlefield, Wynne also took Smoky to work as a therapy dog and visit wounded soldiers in various hospitals throughout the United States and the Pacific. When the war was over, Wynne and Smoky traveled to Hollywood and she became a TV star. A popular guest on a variety of TV shows, Smoky would perform tricks.

4. Yorkshire Terriers Should Be Handled With Care

As one of the smallest dog breeds, Yorkie puppies are very tiny and that also means they are fragile. This is an important consideration, especially if you have small children. Many children find puppies to be irresistible playmates. If they don’t know how to interact properly with a puppy, they could easily injure a Yorkshire Terrier.

They may not understand how to handle the tiny pup and could accidentally injure them with trips, falls, or unsupervised play. This is also a concern with young children who are still learning motor control and coordination. It’s very important to supervise interactions between young kids and puppies.

5. Yorkies Can Be Difficult to Potty-Train

Yorkie puppies are known for having small bladders and needing to urinate frequently. Also, because they like to stay comfortable, they may be reluctant to go outside to use the bathroom. It may take a little more time and patience to house-train a Yorkie puppy, but it’s definitely doable.

All it takes are a few extra supplies and good house training tips to potty-train them. “Puppy pads” can help, as can a sheltered outdoor puppy potty space. The latter is especially useful because it’s easy for such a small puppy to catch a chill.

As you watch your microscopic Yorkie puppy grow into a very small dog, you should keep in mind that they might pick fights with much bigger dogs, especially if they are not well-socialized. For a small dog, especially a puppy for whom a toddler can be deadly, roughhousing with bigger dogs is a foolhardy pastime.

Protect your Yorkie by keeping them on a leash and watching them closely even when they are just out in the yard. Also, make sure you spend plenty of time socializing and training your small dog. Don’t let them get away with bad behavior just because they are small and cute.

If you are allergic to pet dander, getting a Yorkie could be a good move. Yorkies are among the top dog breeds for people with allergies and they barely shed if at all. If your allergies are triggered by skin cells or saliva, you’ll have to consider other options.

Although they have a low-shedding coat, that does not mean low maintenance. They do need to be combed and groomed regularly. If this is too much of a commitment, you can keep their long coats trimmed short in a “puppy cut”, but you will still have to do plenty of regular grooming to maintain their coat.

The Yorkshire Terrier is one of the most popular dog breeds and for good reason. They are a good fit for families and single owners who can handle them with care and dedicate the time to giving them the mental stimulation, affection, and training they need.

If you think this could be the right dog breed for you, learn more about them and check out the available Yorkie puppies. You might find your new best friend! 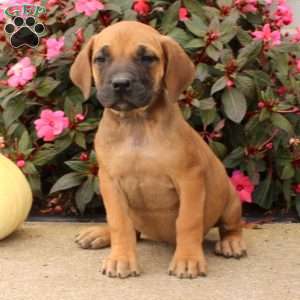