Home » Blog » Harmful Foods to Keep Away from Your Dog 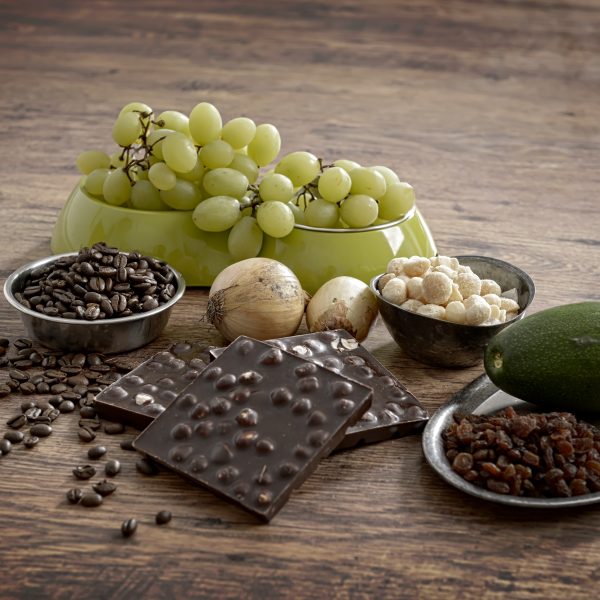 Some puppy parents like to slip them a treat under the table every so often. Although many pups will want to eat any food put in front of them, some table scraps can cause discomfort or even serious issues for them. Some common foods are slightly uncomfortable or downright dangerous for pups. Here are some harmful foods to keep away from your dog:

These foods will cause your dog to have a rough time, but are less likely to end in serious health concerns. Whether it’s extreme gas, intestinal issues, vomiting, or upset tummies, avoid giving your pup these foods whenever possible:

Plants that belong to the Allium species are highly uncomfortable to dogs when ingested. Leeks, chives, garlic, and onions all belong to this classification, and pups should avoid them. They contain organosulfoxides, which are poisonous to dogs. When consumed in small amounts and infrequently, it manifests as a mild upset stomach. However, when ingested in large amounts, it can become Chive Poisoning.

When a dog eats too much of any plant in the Allium family, he develops more serious symptoms like vomiting, elevated heart rate, weakness, lethargy, and diarrhea. If your dog exhibits these symptoms, he needs to be taken to the vet immediately.

Let’s start with a quick recap of foods that can be dangerous if consumed by your dog. It’s a good idea to avoid any toxic foods for dogs. Make sure these get added to the list. Consuming any of these foods may send your pup to the hospital, cause serious damage, or may even lead to death.

Avocados appear so tame, but they can actually be fairly dangerous when dogs consume them. They contain persin, which causes vomiting and diarrhea in dogs. Make sure to keep your pup away from the guacamole any time you entertain. Avocado pits also represent a choking hazard.

While preparing meat, dogs are often enticed by the smell and wander right over. When you get to the trimming fat portion of your preparations, avoid giving it to your dog. Not only can raw meat cause food poisoning in dogs, but even fat trimmed from cooked meat is dangerous. Fat trimmings from cooked meat can cause pancreatitis in dogs.

These are a few harmful foods keep away from your dog, even if they give you sad puppy eyes for not sharing. For much safer, healthier treats, try giving your pup superfoods that are safe for dogs.