Home » Blog » 16 of the Most Independent Dog Breeds 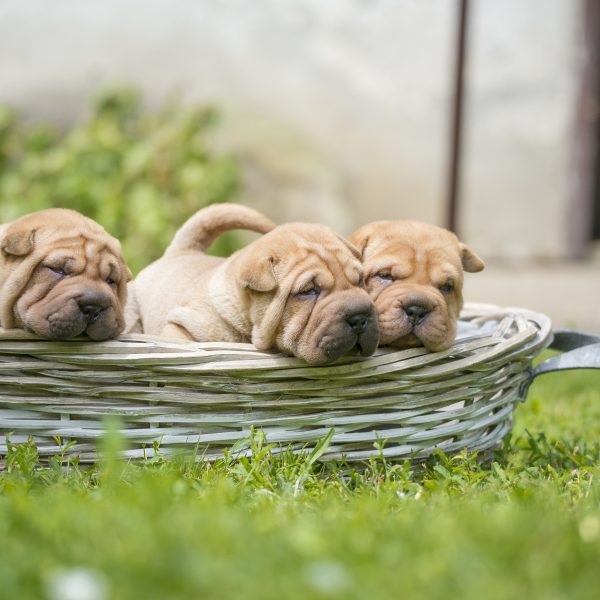 Some dogs get really attached to their owners and need to be near them all the time. Other dogs are a little more independent and, although they love their owners and enjoy being near them, they can handle a little bit of alone time. In fact, sometimes they’ll seek it out on their own. That doesn’t mean you can leave them alone for long periods of time or that they can’t develop separation anxiety – it just means that, in general, they don’t necessarily need to be glued to your side at all times. Here are a few of the most independent dog breeds:

Afghan Hounds are known for their lengthy limbs, tall, narrow frames, and elegant appearance. Although these dogs are loving and affectionate with their families, that affection is shown on their terms. The same is true for receiving attention and affection as well.

This, plus their natural independence, can make an Afghan Hound seem aloof. These dogs are alert and tend to maintain a dignified attitude. They may be playful at times, but generally, they keep themselves contained for a regal, dignified, and elegant appearance.

The Airedale Terrier hails from the United Kingdom and is nicknamed the “King of Terriers”, and for good reason. Standing at 22-24 inches and weighing in at 40-65 pounds, the Airedale is the largest of the terriers. They were originally bred for hunting and are used to operating on their own.

This independent nature has stuck with them and also gives them the stubborn streak many terriers are known for. This makes them one of the most independent dog breeds. Some facts about Airedale Terriers are that they love their families and get along well with children.

But, they also don’t mind spending some time on their own, on their terms of course. They are intelligent and high-energy dogs, so you can’t leave them alone for too long as they can become bored and destructive.

The Akita is a dog breed that originated in Japan and is another one of the most independent dog breeds. They are loyal to their families and alert.

Although they make great companion dogs and are affectionate to their families, they are also independent and can be aloof. They do enjoy spending time with their families and thrive on human companionship, but they also enjoy some alone time or time to just sit back and observe quietly.

The Alaskan Malamute originated in Alaska and is the largest of the Arctic sled dogs. They are strong dogs built for performing in harsh winter climates. They love their families and are fond of people, but they are also independent and strong-willed.

This, paired with their high intelligence, can sometimes come across as stubborn. One of the facts about Alaskan Malamutes is that they are easily bored, so you have to be careful when you leave them alone. But, they won’t mind a little bit of alone time.

Anatolian Shepherds are one of the oldest dog breeds and one of the oldest herding breeds. They are well-acquainted with spending long periods of time alone where they are in charge of a flock of sheep and watching over them.

This also means that they were bred to work independently and are used to making their own decisions. One of the facts about Anatolian Shepherds is that they enjoy being around their families and spending time with them, but are fine on their own when they are working a job or guarding livestock.

The Basset Hound can be eager to please and is an affectionate dog, but they are known to be stubborn and tend to do their own thing. As a scent hound with one of the strongest noses, they will ignore you in favor of following interesting smells.

Some facts about Basset Hounds are that they also have a high prey drive and an urge to wander. Because of this, it is highly recommended that a Basset Hound stay leashed and only let off-leash in securely fenced areas.

These traits, plus an independent mind, can be a challenge for first-time dog owners to handle alone. Puppy training classes can help, but you will still need plenty of patience and consistency when it comes to training a Basset.

The Cairn Terrier is a small, but independent dog breed that originated in Scotland. As one of the oldest terrier breeds, they tend to have the stubborn streak that is common to many terriers. They make loving, loyal, playful, and affectionate family companions.

One of the facts about Cairn Terriers is that they are also great with children. Although they love spending time with their families and thrive on affection, they tend to be okay with some alone time. But, they shouldn’t be left alone for too long as they do crave attention and get bored easily.

The Central Asian Shepherd is an ancient dog breed that developed on its own without interference or guidance from humans. Although humans are involved and guiding the breed development and preservation now, this breed is believed to have developed on its own through natural selection. It’s no wonder that they are considered one of the most independent dog breeds.

Some facts about Central Asian Shepherds are that they are large, powerful, protective, and territorial. These traits made them excellent livestock guardians and general protectors. They were commonly used to guard and protect flocks of sheep and herds of goats.

Chow Chows are working dogs that originated in China. They are used to performing tasks on their own and tend to be aloof by nature. They are generally suspicious of strangers and other dogs and have an independent spirit.

This is not to say that they don’t like people as they are quite loving and loyal to their families. But, they don’t need to be stuck to you at all times and will be okay with some alone time. These are just some facts about Chow Chows that make them one of the most independent dog breeds.

Great Pyrenees were bred to guard and protect livestock. More specifically, they were developed and prized for their focus, determination, and ability to make decisions on their own out in the field. These traits also make them one of the most independent dog breeds.

These dogs generally are not going to learn or perform tricks for your attention. During training, a Great Pyrenees has to be able to see the point of responding to a command. If they don’t see the value in doing so, they will often simply choose not to respond to a command. Because of this independence, training a Pyr takes a lot of patience, consistency, and experience.

Although Greyhounds are known to have the “zoomies” at times, they’re not high-energy dogs. They actually prefer to relax, rest, and be lazy inside. They are friendly dogs that enjoy affection, but they also tend to be aloof.

Even though they love being near you, the affection is generally on their terms and often doesn’t include being a lap dog. They allow petting, but often give off the impression that they don’t crave it. Greyhounds can come across as neurotic at times, but they are mostly laid-back, chill, and mellow dogs.

The Jack Russell Terrier is a small dog breed that originated in the United Kingdom. Although they are small, they are known for their intelligence, energy, and comedic antics. They also have a bold, courageous personality and a stubborn streak that can make training a challenge.

Although they are highly intelligent and often understand what you are asking of them, they are notorious for interpreting commands as they see fit. They may be independent, but they do thrive on human companionship, are high-energy, and are easily bored. As such, they should not be left alone for long periods of time.

As their name indicates, the Scottish Terrier hails from Scotland. Small and sturdy, the Scottie is known for their courage. They are affectionate to their families and get along well with children and other dogs.

But, some facts about Scottish Terriers are that they are independent and can be stubborn, especially if they’re focused on something. Although they are okay with some time alone when they want it, they can become anxious or destructive if left alone for too long or permitted to get bored.

The Shar Pei originated in China. They are most recognized for their wrinkly appearance. They were originally bred to be guard dogs and were used to working on their own.

They haven’t lost that independent nature or the natural suspicion toward strangers. Some facts about the Shar-Pei are that they are affectionate and loyal to their families, but they can be quite stubborn.

The Shiba Inu originated in Japan and is one of the ancient dog breeds. Some facts about Shiba Inu are that they are considered to be a spitz breed and are bold, strong-willed, and independent.

The Shiba Inu may be affectionate and loving with their family, but they also don’t mind having some time to themselves on their terms.

The Siberian Husky is a spitz breed and a sled dog that originated in what is now Russia. They are a working dog built to perform in harsh climates. Although they are a popular family pet and do love their families, they do have an independent nature and can be stubborn. They also have an instinctual urge to wander and are known to be talented escape artists.

So, although they love their families and get along well with children, they also should only be let off-leash in securely fenced areas. They do enjoy the company of their family, so though they do enjoy some alone time now and then, they should not be left alone for long periods of time.

These are just a few of the most independent dog breeds. Although these dogs are known for having independent, and sometimes stubborn, streaks, they often make excellent companions, especially with proper socialization and training. And, though they will be excited to see you and will enjoy spending time with you, they also won’t need to be glued to your side at every second. 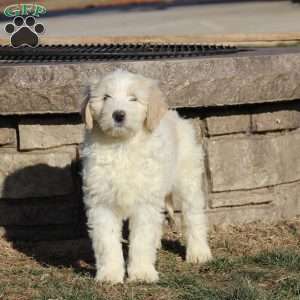