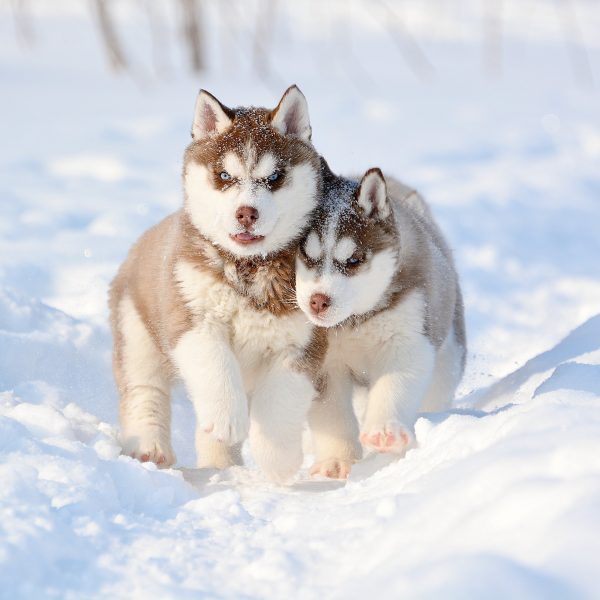 The Alaskan Malamute is one of the most well-known breeds of sled dogs and is known for being one of the dog breeds that love winter. These snow dogs were bred to be able to work and live in some of the coldest arctic climates.

One of the facts about Alaskan Malamutes is that they are the largest of the arctic sled dogs. Their dense, fluffy double coat provides plenty of insulation and helps keep them warm in colder temperatures.

These dogs are notorious for digging into the snow and making snow beds that they lie in for hours. You may even have trouble getting them to come back inside once they have found a comfortable place in the snow!

The American Eskimo is a spitz-type dog breed with origins in Germany. Although they were originally bred to be farm dogs and watchdogs and not sled dogs, these fluffy little dogs absolutely love the snow and tend to react to it much like sled dogs.

Some facts about American Eskimo Dogs are that they love the cold and are one of the fluffiest dog breeds. They may not have origins in the arctic or Siberia like other spitz-type breeds, but they have a similar coat and love the cold just the same.

The Chinook is a rugged, focused, and determined working dog that originated in New Hampshire. They are even the official state dog of New Hampshire. These dogs are known for their hardworking nature, their intelligence, and their patient and gentle disposition, which also makes them great family dogs.

Chinooks were bred to be dual-purpose haulers that bring together the best traits of sled dogs and freighting dogs. They are known to be able to pull heavy loads and work quickly with the speed that is common to sled racers. Their trainability and athleticism make them versatile working dogs that excel at a wide variety of jobs and dog sports.

The Samoyed is known for their smiley countenance, sweet personality, and fluffy coat. In fact, they are one of the fluffiest dog breeds. With origins in the frozen tundra of Siberia and an insulating coat, it’s no wonder that the Samoyed is one of the common snow dog breeds.

Like several other snow dogs, especially those with origins in the arctic, Samoyeds were primarily bred to haul heavy sleds across long distances. One of the facts about Samoyeds is that they were also often used as watchdogs, stock dogs, and hunting dogs for the Samoyede people who first bred them.

One of the most common snow dog breeds and breeds of sled dogs is the Siberian Husky. Sleeker and smaller than an Alaskan Malamute, these sled dogs are known for their energy, Husky vocalizations, and love for the snow.

They tend to have a blast running, playing, and digging in the snow, and then often curl up in fresh powder for a nap. One of the facts about Siberian Huskies is that they are escape artists, so make sure you have a secure backyard before you let them out to play in the snow. Good luck getting these snow dogs to leave their snow bed and come back inside!

These are just a few of the most common snow dog breeds that are also often spitz-type dog breeds, arctic breeds, and breeds of sled dogs. There is a lot of overlap there when it comes to dogs that love the snow.

There are plenty of dog breeds that love winter and could be considered “snow dogs”, but may not necessarily be specifically “snow dog breeds”. If you are looking for a dog and live in a colder climate, consider a snow dog breed that will love exploring a winter wonderland with you! 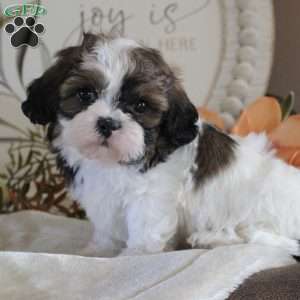