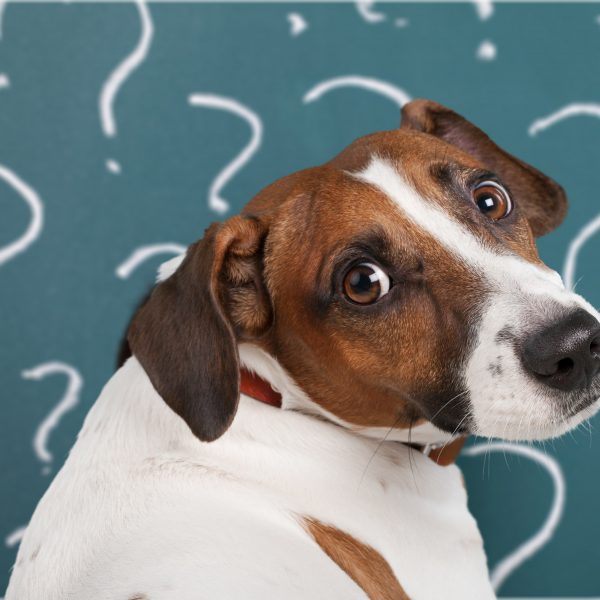 We often see dogs as an extension of our families, akin to our own children, so it’s easy to interact with them as if they were human. We may talk to our dogs like they are one of us or attempt to interpret their body language as if it were human body language. Although your dog likely loves the attention most of the time, we can definitely confuse our dogs sometimes by miscommunicating with them. Here are a few potential ways you’re confusing your dog:

This may not come as a surprise, but canines don’t understand synonyms. Just because we understand that “stop” and “shh” mean relatively the same thing in context, to a dog, they are separate sounds, which they may interpret to mean different things.

On top of that, consistency is so important to training. Keeping training consistent is one of the best dog training tips. Not only does it teach your dog what is expected of them, but it also helps them pick up on training more quickly. Inconsistent training, including inconsistent commands, can be one of the ways you’re confusing your dog.

If they’ve learned the behavior for one command, but not a synonymous one, they may not stop the behavior or do what they are supposed to when you give a synonymous command. Then, if you scold them for it, you are going to get one confused pooch.

How do you fix this? Make sure that each member of your household is educated that there is a specific command for each action. For instance, you may use the command “down” and “sit” if you want them to sit. Make sure to choose just one of them and that everyone uses it consistently. Setting consistent expectations can help with training and can also help create a good daily routine for your dog.

2. Putting Them In Front of Mirrors or Watching TV Shows With Dogs

Dogs don’t understand the mechanics of mirrors. Instead, they just see another dog. While it may be cute to see how your pup reacts to seeing themselves in a mirror, you are probably only confounding them.

The same often goes for television. If you are watching a show on something like Animal Planet that has a dog in it, sometimes, dogs can’t tell the difference. If your dog has been socialized with dog movies and TV shows and tends to get along with other dogs they don’t know, they may be fine.

But, some dogs will react to dogs and canine noises on-screen as if there were another dog in the house. It may be adorable at times. But, if your dog is reacting that way, then watching TV shows or movies with dogs may be one of the ways you’re confusing your dog.

This one may seem a little counterintuitive. As humans, we want to be assured by our peers that a stressful situation will ultimately be okay since we have people as support. For a dog, this is not necessarily the case. Although you do want to keep your tone calm, you also don’t want to inadvertently train your dog to associate a certain phrase with a stressful situation.

Let’s say that you’re taking your dog to the vet, and they are nervous. If you have conditioned them with the words “It’s ok” whenever they are in this situation, they won’t interpret it as being reassuring. Instead, they will see it as a trigger that reminds them of the last time you said, “It’s ok.” Now, whenever you say “It’s ok,” you run the risk of stressing out your dog, even if everything is actually fine.

4. Trapping A Dog To Give Affection

Like all animals, dogs don’t like to be cornered, even if it’s for something they would normally enjoy, like affection or attention. Sure, your pup probably appreciates cuddles. But, if you put them up against a wall or restrain them to do it, you are definitely stressing them out.

This is akin to if you locked your significant other in the closet while you played them romantic music and said I love you. Talk about mixed signals! Like humans, each dog has a different tolerance to what they consider being cornered or trapped, so make sure to read their signals appropriately. Having a good understanding of dog body language and your dog will be a big help in reading them.

While with humans, eye contact is a common expression of respect. But, prolonged stares are still uncomfortable. And, in dogs, it could be considered a challenge or a threat. Different breeds interpret eye contact differently. Therefore, if you don’t know a dog, it’s probably not a good idea to stare into their eyes. This could lead to unexpected, dangerous results.

However, if you do know the dog, and the dog trusts you, they may just become confused about your intentions. Your dog may stare at you sometimes as a signal of affection and trust. In this case, a short bout of eye contact is likely fine. But, context matters, so it all depends on the situation, the dog, and your relationship with them.

It’s not really a secret that dogs rely on their sense of smell to identify things. Therefore, if you decide to try a new perfume or shampoo, you could be giving your dog mixed signals, as they don’t know how to interpret those scents.

Most people are going to occasionally change their aromatic preferences – that’s just a fact of life. But, if you’re a dog owner, it may be wise to do this as little as possible or to figure out a system for introducing them to new smells. Otherwise, they might suspect something is wrong or exhibit some odd behavior as they try to figure out new scents.

There is a difference between being playful and teasing. Dogs have a hard time differentiating between them because they aren’t human.

While gentle teasing among humans can be seen as playful or bonding, it often just confuses your dog and may even damage your trust with them. Depending on the bond with your dog and the nature of the teasing, this is one of the ways you’re annoying your dog in addition to confusing them.

Randomly pulling their tail gently, hiding their food, or even barking back at them mockingly are things that may seem playful to you, but don’t make sense or even seem like discipline to your dog. Instead, make sure that when you are playing with them, you do something they will understand. For instance, if you play keep away with a toy, make sure the dog gets it after a reasonable amount of time.

These are just a few potential ways you’re confusing your dog. Don’t worry if you have occasionally done them; it’s inevitable as we learn how to communicate on a canine level. Knowing what can confuse your dog will go a long way to bonding better with them and maintaining a healthy relationship with them. 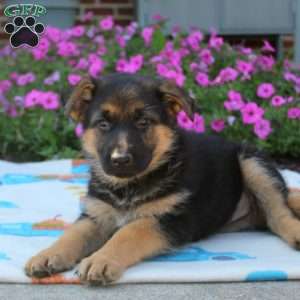