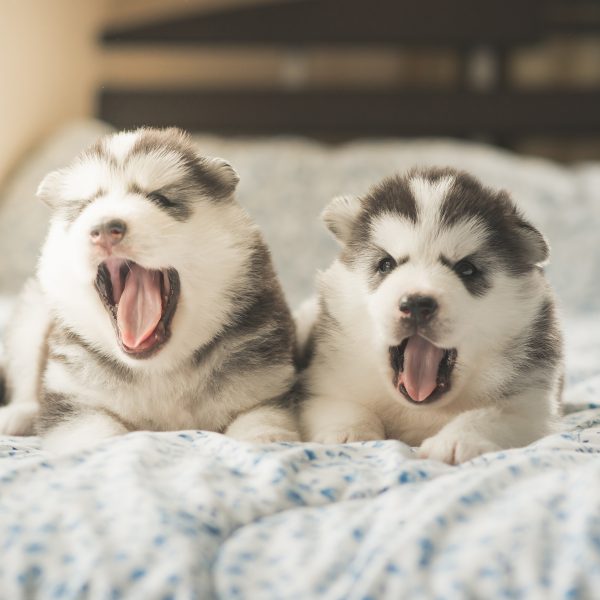 Dogs have a lot of behaviors that can seem strange to us and they have some that just seem normal. Yawning is a behavior that is common to us all. Sometimes it’s an unconscious, normal behavior, sometimes it’s a reactionary behavior, and sometimes it can be a sign that something is wrong. Knowing why dogs yawn can help you figure out the difference. So, why do dogs yawn? Here are a few reasons:

1. Sometimes a Yawn is Just a Yawn

Sometimes your dog yawning is really just a yawn and is not an indication of anything else. If they’re waking up from a nap and yawning while stretching leisurely, it’s probably just a standard yawn. Basically, if your dog’s body language is showing that they are completely comfortable and relaxed, a yawn is likely just a normal yawn or because they’re tired and is nothing to worry about.

2. A Yawn Could be a Sign of Frustration or Confusion

When your dog is yawning, it’s important to pay attention to what’s going on. For dogs, a yawn is sometimes a calming signal. It’s a way for them to deal with some frustration or confusion, get a bit of a mental break, and also show others that their patience is running out.

Sometimes, when your dog yawns, it’s their signal to you that they have had enough or aren’t sure what to do. So, if you’re in a training session, it might be time to take a break, switch to a command they’ve already mastered to get them back on track, or take an easier approach.

3. It Could be a Way to Cope With Anticipation or Stress

When your dog yawns, it could be a way for them to cope with excess energy. This is usually associated with anticipation or stress. Your dog could be yawning as a way to deal with feeling nervous.

At the same time, they could be yawning as a way to release some enthusiasm around something they’re excited about like an upcoming walk or a new toy you’re about to give them. Because a yawn can be a reaction to something positive or negative, it’s important to pay attention to context clues to figure out which one it could be.

4. They May be Showing Indifference

The same could also be true for a dog that is showing they do not feel like playing to someone or another dog that is playful. In some situations, your dog is simply showing you that they don’t care or are not interested in what’s going on.

5. Your Dog Could be Yawning Because You Yawned

Yawning is just a normal part of daily life for your dog. Sometimes it’s due to stress, anticipation, frustration, or something else and sometimes it’s just a yawn. Still, it’s helpful to know a few answers to the question, “why do dogs yawn?” as it helps you figure out what your dog may or may not be trying to communicate the next time they yawn. Just don’t be surprised if you yawn back!